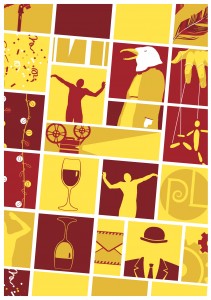 For the first time, we hosted an event that spread across two venues on the same evening: Limbo and Marine Studios. One was cosy and domestic, the other bore more clearly the traces of its past. In a way, these were two faces of the Margate we have all come to love…

As Limbo and Marine Studios are normally used as gallery spaces, the programme for Pot Luck #7 presented works which had strong connections to performance art.

(Photography by Peter Fry. Click on the images to expand them to their original size)

Pot Luck commissioned internationally renowned artist Marcia Farquhar to create a new performance which responds specifically to Margate. Weaving together personal stories and original music, Mollusc took its inspiration from all things shell-like and Margate’s mysterious Shell Grotto. Marcia performed with the ‘Mussel Men’, a specially-formed band which included Ansuman Biswas on conches, Jem Finer on harp and xylophone, Sam Williams on toy piano. They were accompanied by Kitty Finer and Jane Howard’s song and dance. 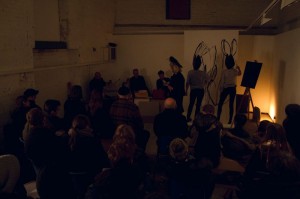 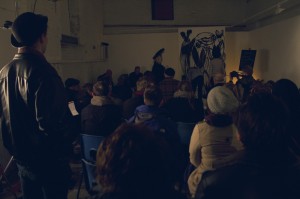 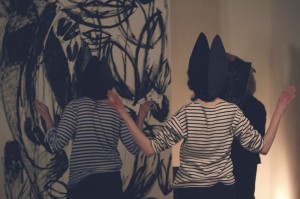 Peter Morton performed LIFE-SIZE ME, a piece which was born out of a project for which Peter padlocked a life-size puppet of himself to his body for 24-hours a day, for two weeks. 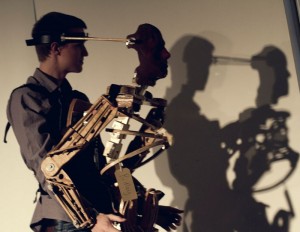 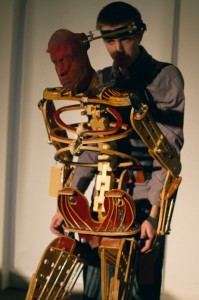 Amy Godfrey called for women to bake their way to freedom, beating and creaming their way to equality with Ms Beeton Presents… 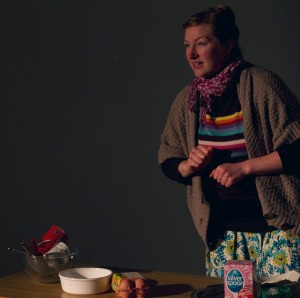 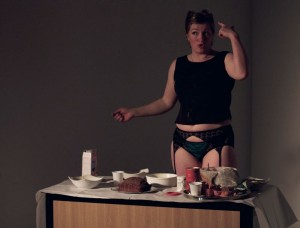 Amelia Beavis-Harrison performed Trading>Taking>Theft, a piece about human hair as a commodity which aimed to open up the debate of sourcing ethical hair by inviting us to be part of a trading process. 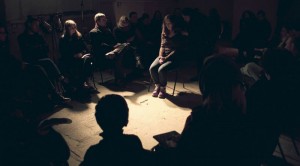 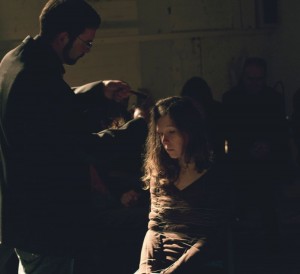 pestiferous presented The Nerdy Birdies, which saw a group of birdwatchers so taken with the flights of their fancy they became a flock themselves. 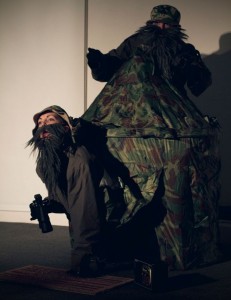 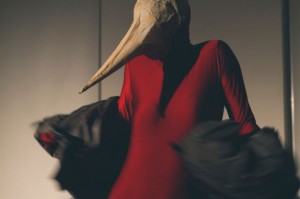 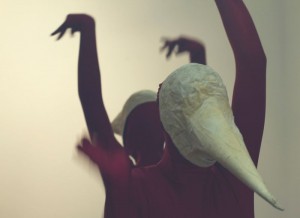 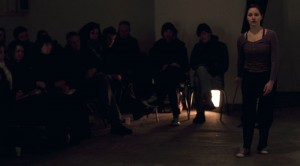 We would like to thank everybody involved in Pot Luck #7: our partner venues – Limbo and Marine Studios, all artists who presented work, Theatre Royal Margate and Carly McConnell for their support, our trainees Steven Dodd, Kate Harrison, Nil Kultar, Evelina Linkute, Joanne Spiteri and Marina Symeou, The Tom Thumb Theatre, GB Pizza, and of course our funders.